Developers: Google updated the I/O 2014 app with Material Design and you can have the source code 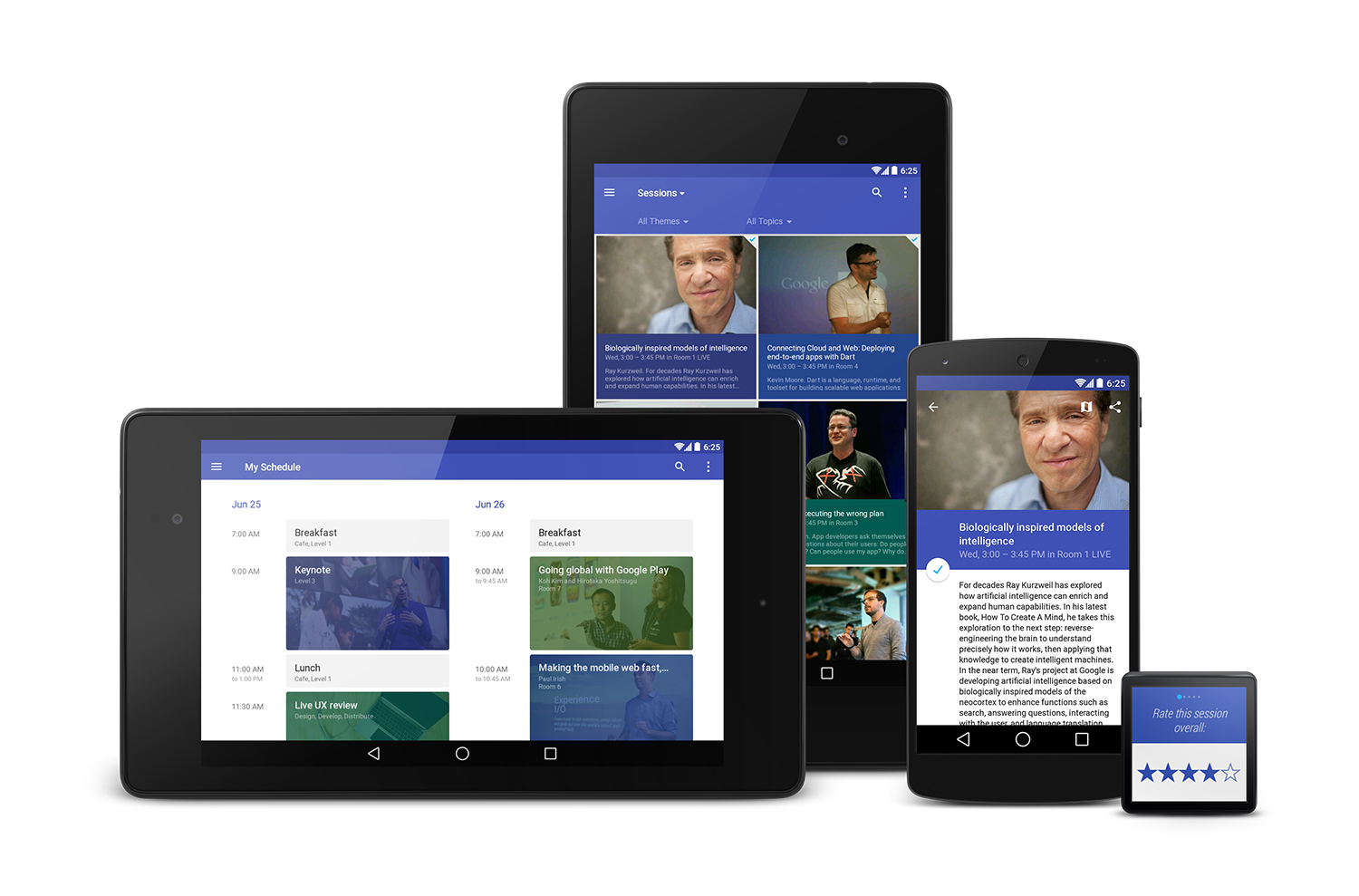 Instead of allowing the Google I/O 2014 app to go to waste now that the conference is over, Google has updated the app with full Material Design and Android L, and you can now download the full source code and use it as sample code for your own development.

This is great for developers that perhaps are new to Android, or just do not have a natural knack for design. Material Design, like it or not, is a very fluid and consistent experience that is meant to span your entire application, and, indeed, the entire Android operating system. I took a quick look at last month, and I must say, I think I like it.

Android L, if you are not caught up in the hype, is Google's newest version of the Android operating system. It is currently available as a sort of beta for developers to play with now, we expect a full release in the fall. Possible in late October/early November with the release of the rumored monster 6-inch HTC Nexus phone/tablet thing, called Shamu.

The particulars of the Google I/O 2014 app, including the links to the source code, can be found over on my Android Authority post.

Do you like the new look and feel of Material Design? Are you excited for Android L?

Published by JonathanFeist at 1:17 PM