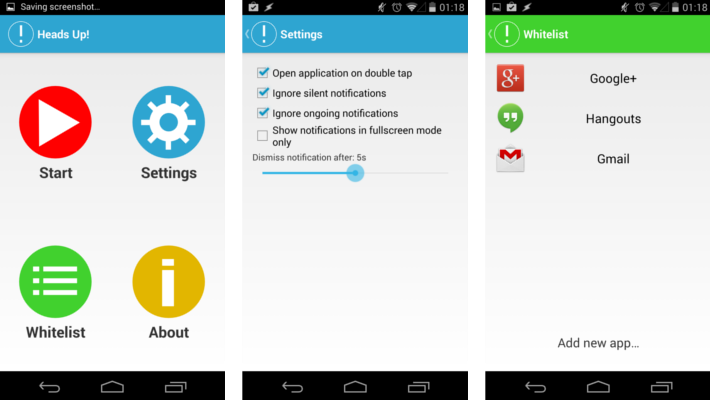 After Google introduced Android L at their Google I/O developer conference last week, Android users have been excited about getting their hands on the new release for their devices. As excited as we are to install the yet un-named "L___" release, most of us will have to wait until later this fall for the official release. However, small features of the release can be had today!


Although the full release of Android L is not yet available, Google did give access to the developer preview of the operating system. Some users have installed the OS on their daily drivers and are loving it, others are finding it full of the expected holes and bugs of an OS that is months away from completion. Some devs have managed to strip out features and back-port them to KitKat and earlier devices.

In the case of the heads up, floating notification, it was recently found that the feature as hidden in KitKat anyway, but it is available now as an app for your Android 4.3+ devices. Check out Heads Up! 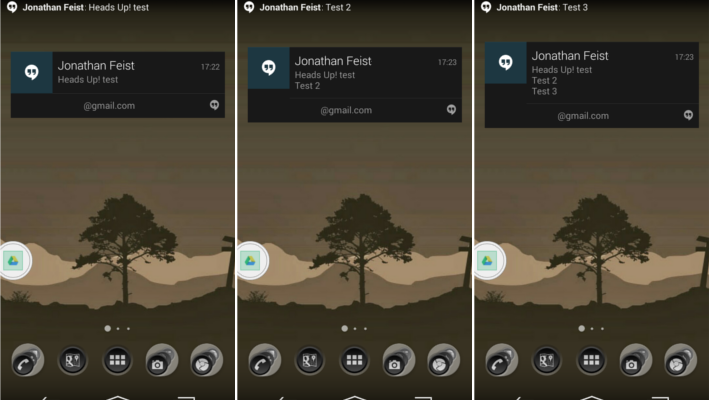 Heads up! can be had for free from the developer over on the XDA Forums, or support the dev by dropping $0.99 on the app in the Google Play Store.

I cover the particulars over on Android Authority, if you desire more info before diving in, go ahead and hit that to see how it works.

What do you think, is it worth installing semi-functional fragments of other OSs on your current system?

Published by JonathanFeist at 2:12 PM