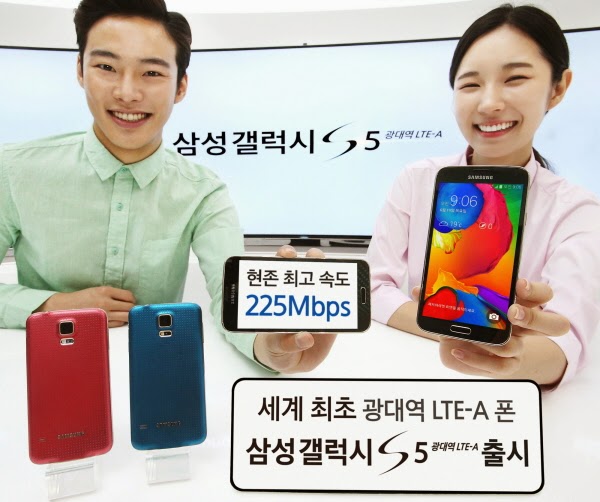 There is not much to say about this one that was not previously said in my Android Authority post. There is a good chance that this Samsung Galaxy S5 LTE-A is what we've seen as the rumored S5 Prime before now. And, if we are lucky, the upcoming Galaxy Note 4 will offer practically the same specifications.


Truth is, Samsung has done well with this phone. You may not be a fan of the Galaxy S line, as I am not, but with the Snapdragon 805 processor and 3GB of RAM on top of the latest Adreno GPU, this should prove one beast of a machine when people start running the benchmarks.

What do you think, is the Galaxy S5 LTE-A a worthy upgrade, or is the LG G3 the way to go?

Published by JonathanFeist at 12:42 PM