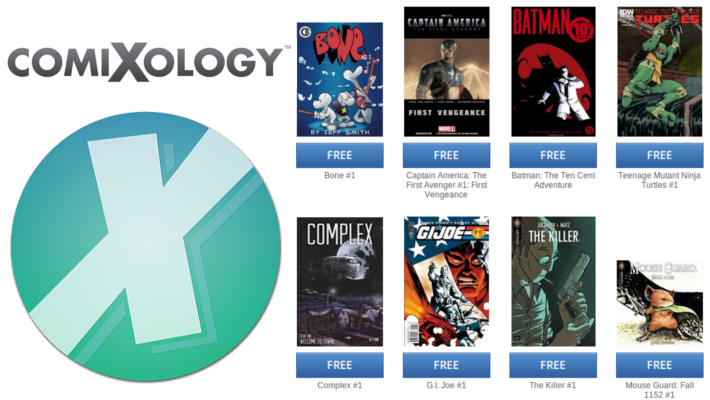 I have never really been all that big into comics, I can count on a single hand the number of issues that I had purchased while growing up. Keeping that in mind, it should mean something that I am about to share some great comics information.

The digital comics supplier ComiXology has a solid comic reader app available for Android, I won't go into detail on how it scrolls through the pages and helps bring comics to life, I won't even talk much about its Guided View Native Comics ability to actually walk you through a comic cell by cell. All I want to talk about is free comics! That's right, tons of free comics for your viewing pleasure.


I could not honestly say how long ComiXology has been offering free content, but I can tell you that they recently had 196 various first issues of a selection of comics available. That offer is over, but immediately following it, and still active today, is another 51 free comics.

Many of the free comics are from rather unknown creators in the mainstream media, but you'll find a good selection of the classics, such as Spider Man, Superman, Batman, Iron Man and Captain America along side modern favorites like The Walking Dead.

The ComiXology app is free in the Google Play Store.

Paid comics range in price, but many can be had from $0.99 and up. There are collections and bundles available too, again prices vary based on size, age and more, but I would say $9.99 and up is a good starting point. Act before May 26 to get in on a 65% off sale on some X-Men collections too.

Are you a user of ComiXology, or is there a better app and comic book store out there?

Published by JonathanFeist at 2:51 PM