Lenovo to launch a 6-inch Android phone on Augus 5th, look out for the K920, or Vibe Z2 Pro 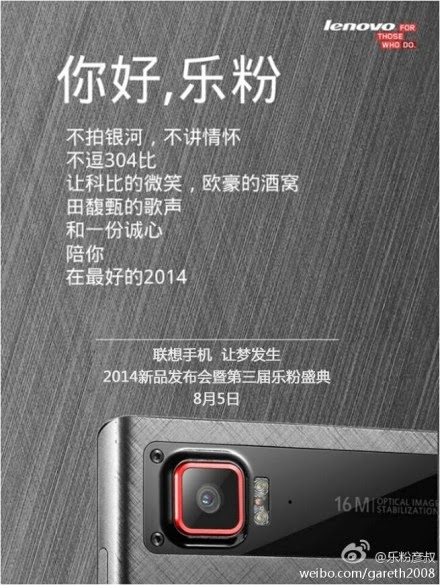 Here's the thing, Lenovo is not yet selling phones in North America, and their purchase of Motorola hasn't exactly seen Lenovo style gear hit stores either, but they still have a flagship competitor in the works that could make a stir in the Asian markets.

The K920, which will likely be named the Lenovo Vibe Z2 Pro when it ships to consumers, is a monstrous 6-inch device rocking the same sort of QHD display, Snapdragon 801 with 3GB of RAM and 16MP camera that many current flagships possess.

Truth told, there is nothing shocking about this device, except maybe its overall metal design with exposed screws. This is not to belittle the Android 4.4 KitKat powered device, it has all of the hallmarks of a great machine, I just think it lacks that wow factor, that one thing that truly sets it apart from the crowd.

Check out my full overview of this soon to be launched device over on Android Authority. Lenovo will make it official on August 5th, and I think it will be an absolutely solid device for those that can get their hands on it.

What do you think, is Lenovo one of the first names that comes to your mind when you think about Android phones?