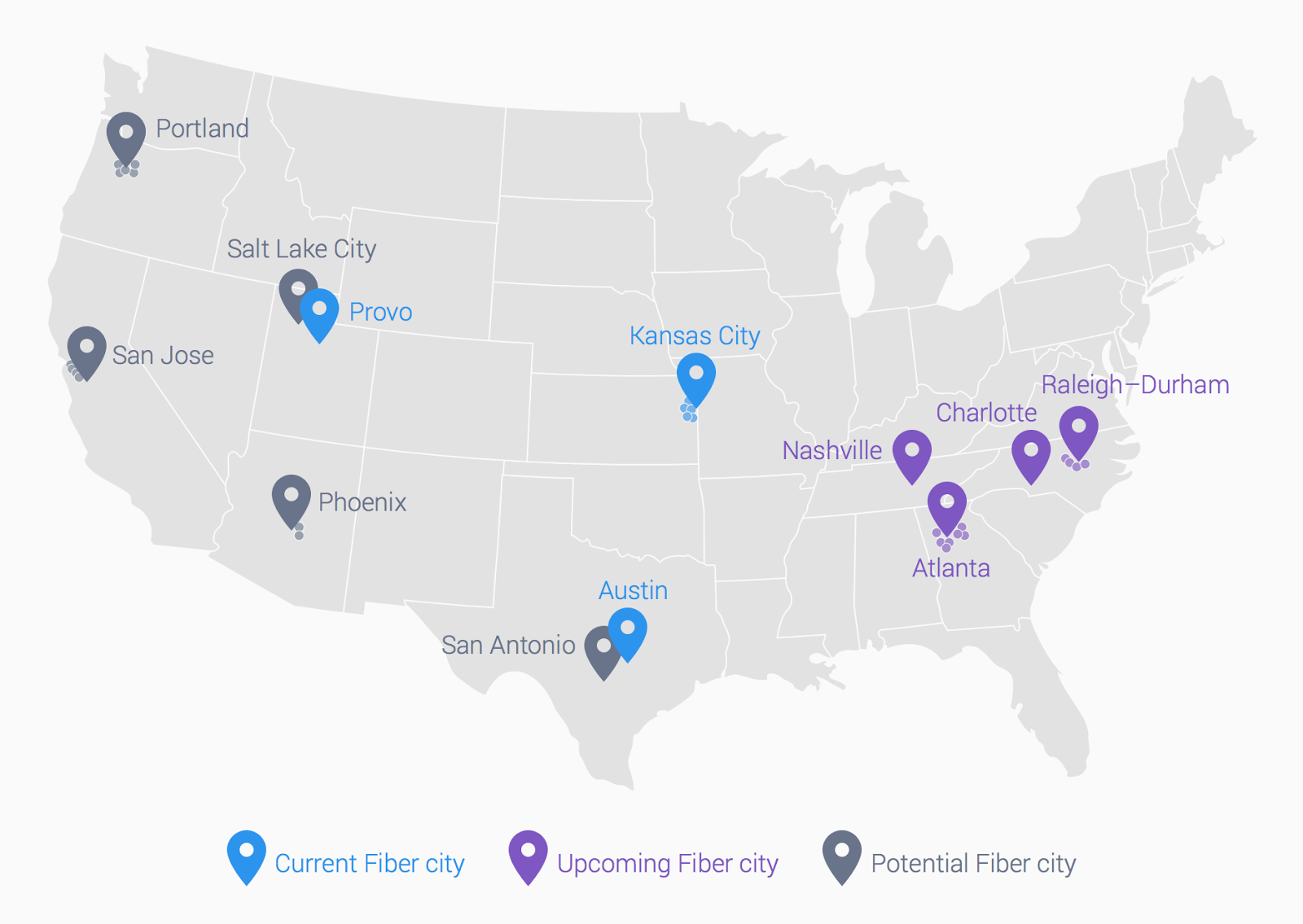 Google has been attempting to disrupt the U.S. internet provider market for a few years now. They've successfully rolled out their new Google Fiber internet services to a few major centers have a bunch of others on stand-by and have just announced they'll be launching in four new cities: Atlanta, Charlotte, Nashville and Raleigh-Durham.

Google Fiber is a fiber optic based internet service, capable of bringing speeds of up to 1Gbps up and down for about $75 / month. In contrast, one of my coworkers at Android Authority just received an advertisement in the mail from AT&T, offering up their 'High Speed' internet services with speeds up to 3Mbps. For serious AT&T?!?! 3Mbps?


Let me illustrate those differences in another way for you. The AT&T service would allow you to download a full 3-4 minute mp3 music track in just a couple seconds. Google Fiber would allow you to download a full length 90 minute SD quality movie in the same amount of time. I get that these are theoretical maximums here, but there is still no comparison between the two. Worst of all, the AT&T add offers a monthly limit of 150GB of data usage, so, you guessed it, Google Fiber could eat up that entire amount in just two and a half minutes.

Anyhow, Google pushes forward and we love them for it. We truly cannot wait until Google Fiber launches in our city. The best part is, we are on the list, which is extremely exciting.

We will look at Google Fiber in more detail later, it has been very amusing and educating to follow their progress in our city. Bottom line, it is amazing the laws invoked and lengths the existing internet providers will go to block a service like Google's. Or at least, to slow them down.

Do you think Google Fiber is a good service to offer users, or is it just too fast and available to too few users to be considered a player in the game?
Published by JonathanFeist at 4:13 PM