Translated: A really great Linux distribution with a really great windows environment on top. Or, in one word, win!

Let me explain for those that don't understand what I just said: First, Linux is an Operating System; so is Android or Microsoft Windows Xp/Vista/7/8, one of which you are likely to be using to read this now. Operating Systems are very complex, but let's just call them 'what you interact with / what makes your computer work.'

From there, it is important to note that Linux is Open Source and has thousands of versions (Distributions) available. In fact, my favorite version, Ubuntu, is split into dozens of versions as well, but let's not focus on that just now.

Second, the Windows Environment. I am about to use these terms very loosely, but only to help it make sense - I need you to imagine your operating system as being split in two, one half is stuff in the background, making the lights flash and the sound come out of the speakers, things you may not even be able to control, and can't actually 'touch.' The other half is up front, the buttons you click, the windows you open and close on the screen, the things you can 'touch.' Now, The Start Menu you are used to, and the Windows you open and close are the main part of the Windows Environment, for our purposes today.

So, what we are looking at then is the Ubuntu Operating System, controlling the lights and sounds, with the GNOME Desktop Environment, providing the start menu and windows. 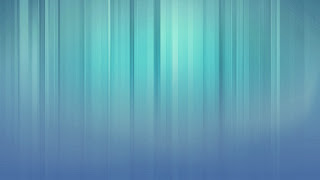 At some point in the future I will write in-depth pieces for both Ubuntu and Gnome. For now, let me just say that Ubuntu is one of the most used Operating Systems in the world and Gnome, I have no idea if it is popular or not, but I have grown to love it because of its flexibility, extensibility, ease of use and flow. And the reason I am so excited about this new release is simply that I do not have to manually install Gnome on top of Ubuntu for myself anymore, it just comes straight out of the box the way I like it.

Have you experienced this OS combination? I think everyone should before they buy their next computer. Don't let their super simple website deter you, get your copy here: http://ubuntugnome.org/download/


Published by JonathanFeist at 11:17 AM